Do you know what to look for when it comes to recognizing pests and disease in your trees? From nasty fungal growths to voracious wood-eating insects, it can be challenging to identify common tree pests and diseases. It’s important to make sure that any trees or shrubbery that pose a threat to the other vegetation on your property be removed before the infestation or illness spreads. Luckily for you, Blackhawk has a dedicated team of professional arborists that can help you diagnose and take care of any problems you might have with tree pests and diseases.

If you’ve seen a decline in the health of the trees on your property, then we encourage you to use this guide of common tree diseases and pests to help you get a better idea of what may be troubling them.

Gypsy Moths (Lymantria dispar dispar) are responsible for defoliating more than a million forested acres of land each year. Infamous amongst foresters and arborists along the east coast, the Gypsy Moth lays its eggs in the spring as new leaves grow. Once they hatch, the larvae eat away at any oak, birch, elm, or maple leaves they can find, leaving behind a wake of empty branches and bare trees. 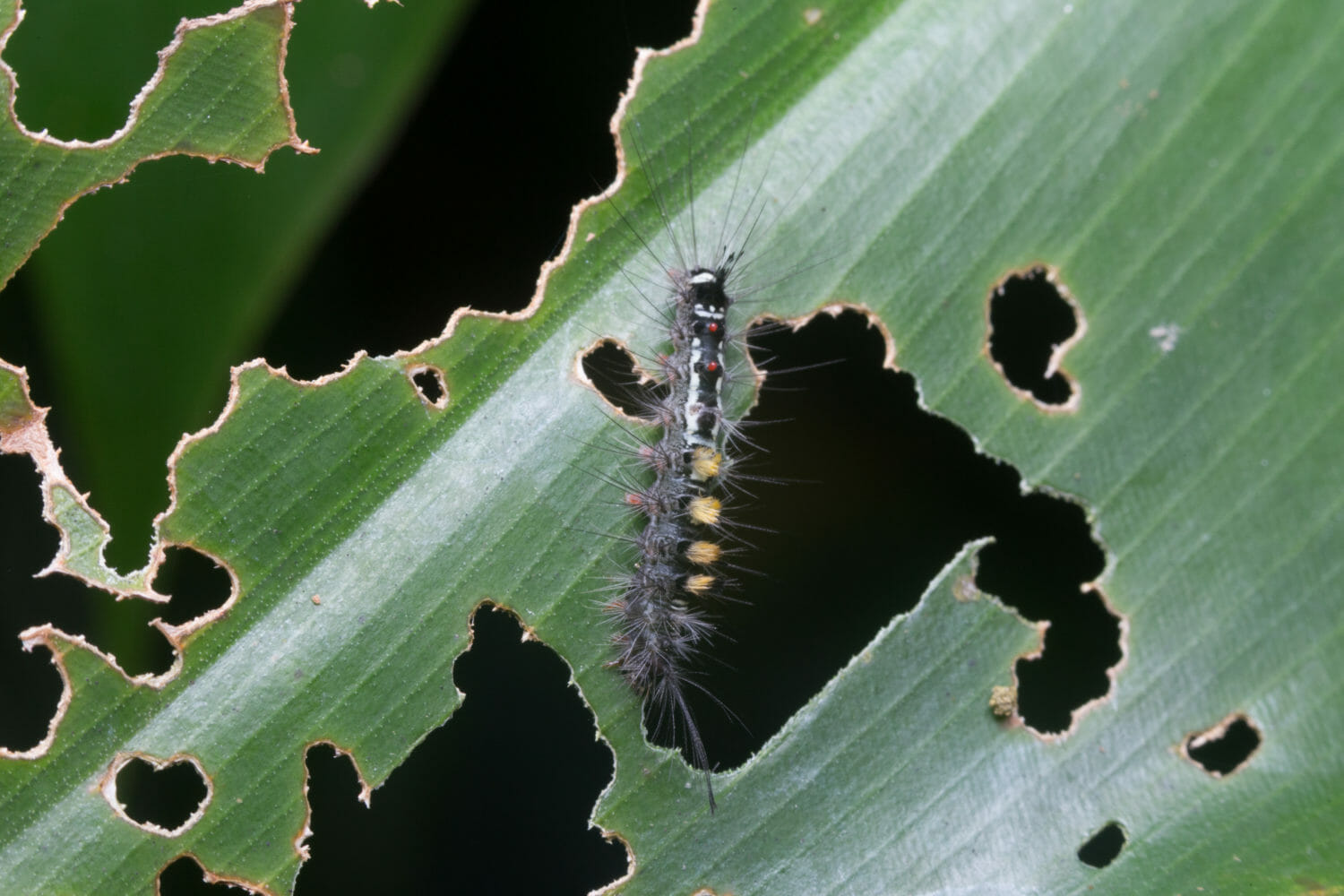 The Spruce Budworm (Choristoneura fumiferana) has a reputation for being extremely destructive to spruce and fir trees throughout the Eastern United States. The larvae of the budworm hatch by the thousands each season and can completely consume any new growth if not addressed quickly. If you start to see your spruce or fir tree’s limbs drooping and large patches of the leaves eaten away, you may have a budworm infestation.

While there are both Western (Malacosoma disstria) and Eastern (Malacosoma americanum) varieties of the Tent Caterpillar, the only one we have to worry about here in North Carolina is the Eastern genus, which feeds primarily on oaks, aspens, sugar maples, and other hardwood trees. Generally considered more of a pest than a direct threat, tent caterpillars and the silk they leave behind can still become an unsightly nuisance in large numbers.

Aphids (aphidoidea) are sap-sucking and leaf-eating insects. These little guys leave behind large amounts of a sticky excrement called honeydew. Honeydew quickly turns black due to the growth of a nasty sooty mold that thrives and collects on the underside of damp leaves. Large populations of aphids can stunt the growth of your trees and leaves, while some species even inject toxins into plants which can cause misshapen growth and yellowing. 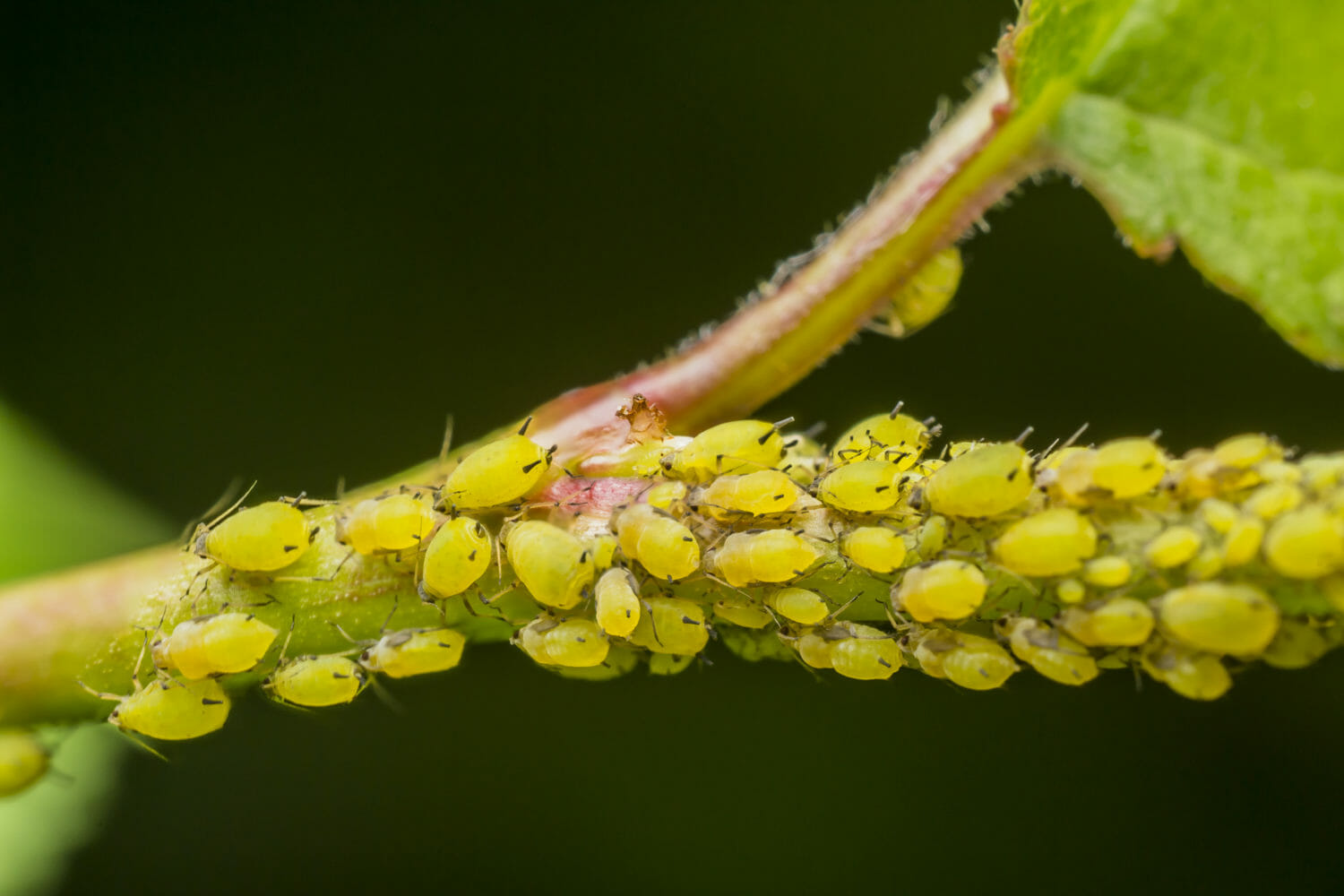 The Asian Longhorn beetle (Anoplophora glabripennis) is a burrowing beetle that lays its eggs in openings in tree bark. Once hatched, the larvae bore deep holes and champers into the wood. These “feeding galleries” weaken the wood by upsetting the vascular functionality of the tree so much that it eventually begins to rot, fall apart, and die. 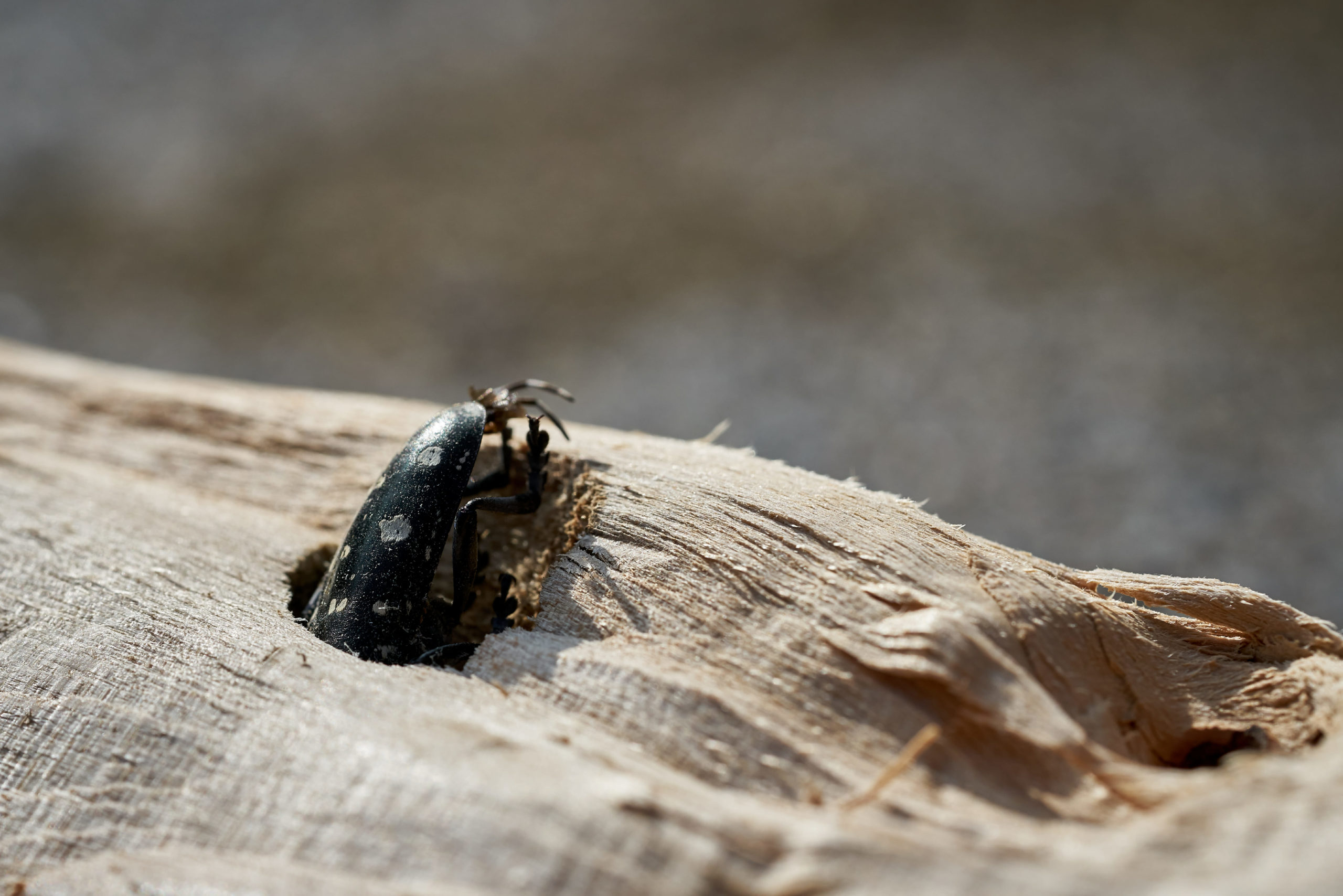 While the Asian Longhorn beetle is one of the most common types of destructive beetles, other similar wood-boring insects like the Ips beetle, Douglas-Fir Bark beetle, and Southern Pine beetle, also pose a threat to the health of your trees. No matter what type of tree you can think of, there’s a good chance that there is a specific wood-boring pest that favors that type of wood.

Root rot is the general term for a category of tree diseases that are caused by various different fungi. Generally speaking, root rot originates from pathogens that infect the roots and lower stems of trees. Signs of root rot include patches of white mycelial fans that grow just beneath the bark of afflicted trees, cylindrical fungal tissues that look like black spaghetti being visible beneath the bark, and brown mushrooms that appear after lots of heavy rain in the fall. 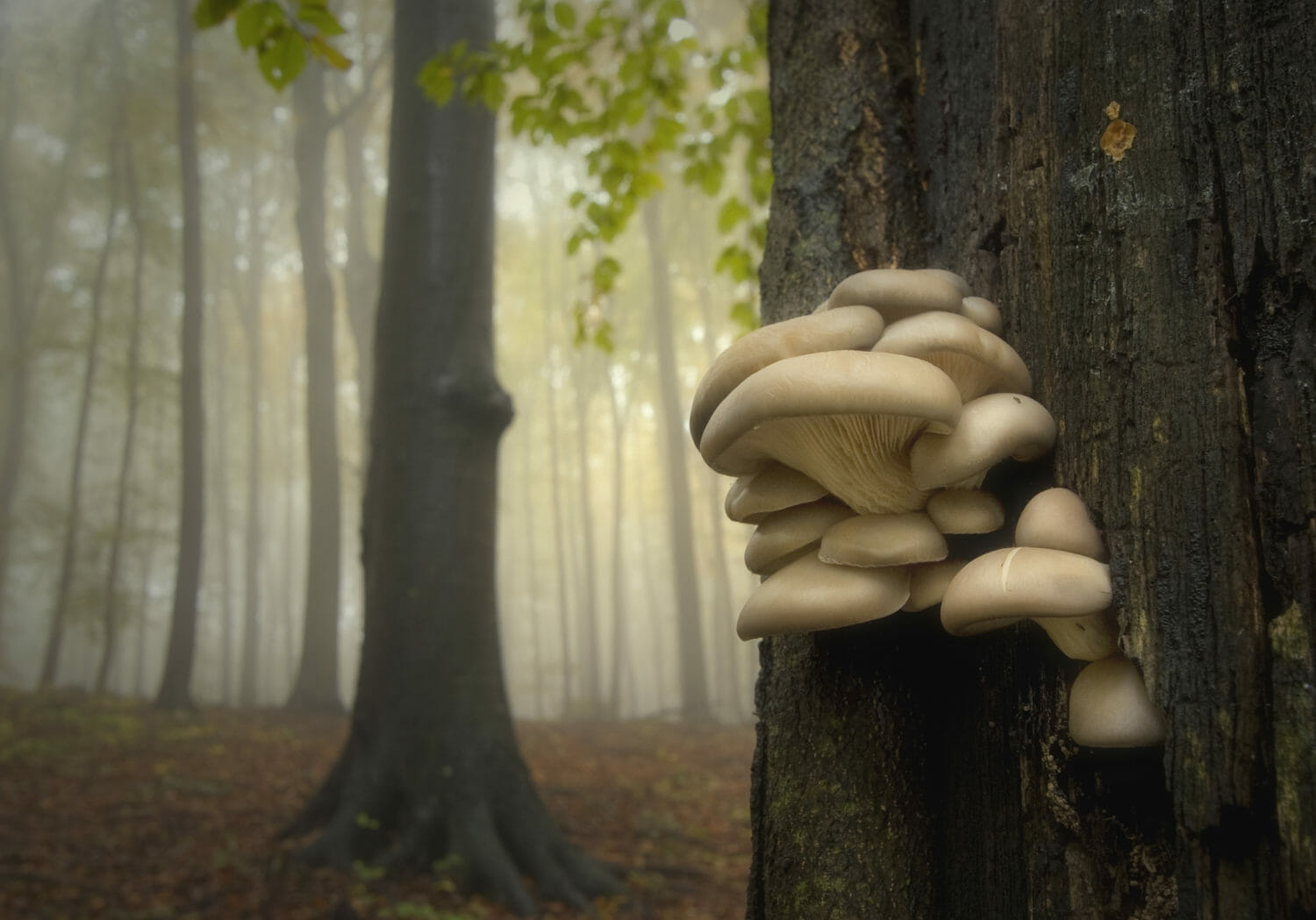 Anthracnose is an overarching term for a fungal infection that causes lesions to appear on oak, maple, sycamore, ash, walnut, and dogwood trees. The lesions tend to first show up along the veins of leaves as pale-green or brownish-grey blotches and expand outward from there. While anthracnose doesn’t actually cause any harm to the tree itself, it does take away from the aesthetic appeal of the tree. To reduce the chance of Anthracnose spreading to other trees on your property, proper pruning is necessary to improve air circulation within the crown.

Diseases like fusiform rust, pine needle rust, cedar-apple rust, and southern cone rust are all different variations of a fungal disease that attacks all different types of southern pine and oak trees. The easiest way to spot rust disease is to look for the formation of spindle-shaped galls on pine branches or the tell-tale sign of small orange/brown spores on the underside of leaves.

Common in longleaf pines, needle blight is most noticeable on low-hanging branches and seedlings and usually shows up some time from May to October. Needle blight is easily identified due to the reddish-brown tint that infected needles have. Needles may be entirely brown or only brown at the tip, depending on how far the blight has spread.

While mistletoe itself isn’t a disease, it is a parasitic evergreen plant that takes over many species of trees found in North Carolina, most commonly hickory and oak trees. It’s most easily identified in the winter when all other leaves have fallen away and is characterized by its thick oval-shaped foliage and small white berries. Mistletoe seeds infect a tree by growing through the bark and making contact with the tree’s vascular system. From there they sprout root-like structures, called haustoria, that absorb water and nutrients from the host tree. As the mistletoe grows, these structures will continue to extend throughout the tree. Since these unique parasitic plants can make their own food through photosynthesis, the most effective method for controlling mistletoe is to regularly have your trees professionally pruned before the mistletoe can produce more seeds and spread to other limbs or trees. 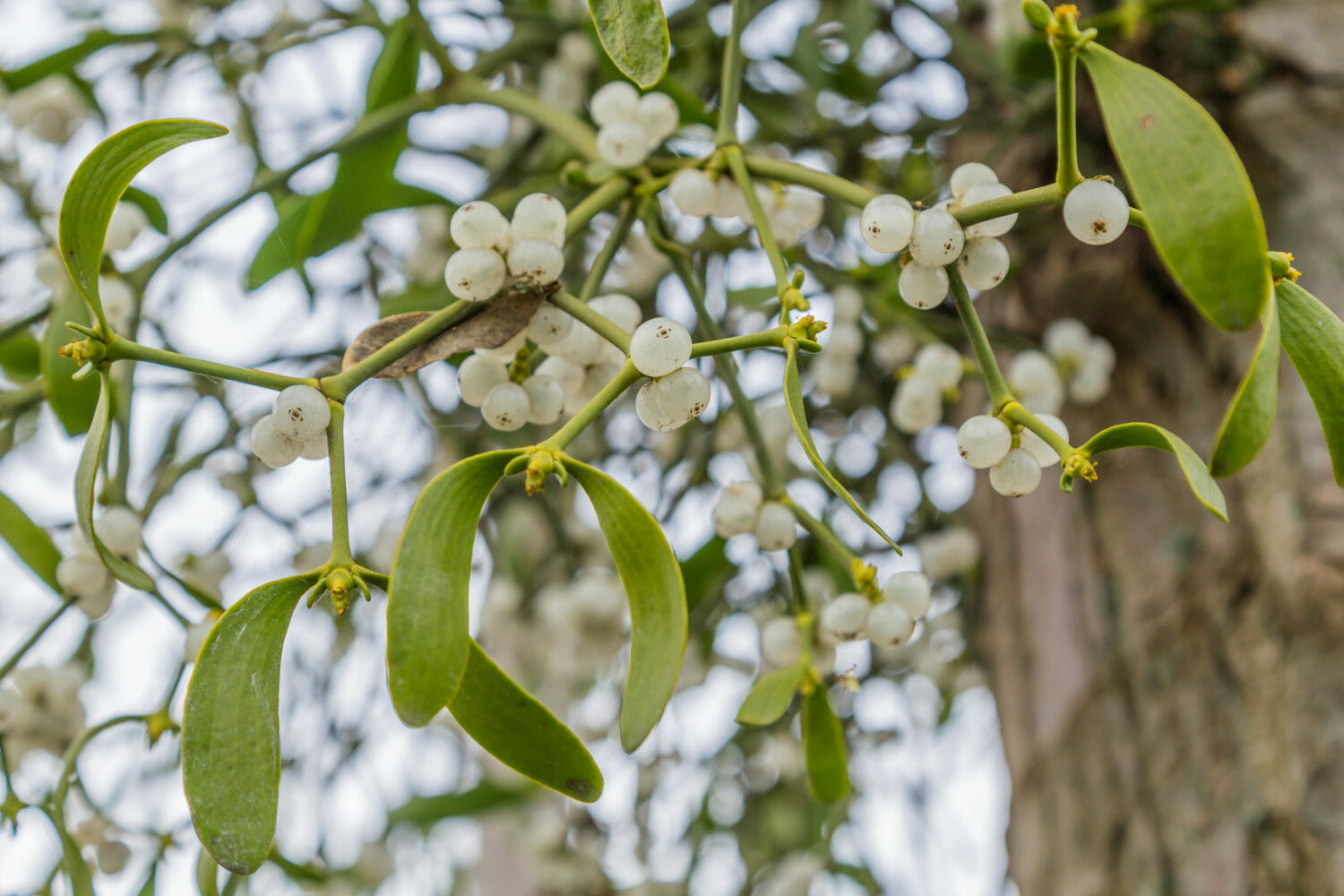 Identifying common tree pests and diseases is always easier with the help of the professional arborists at Blackhawk Professional Tree Care. If you think you’ve got a pest or disease problem, then schedule a health and risk assessment with us. We’ll come out and carefully inspect your trees for any abnormalities and determine if removal is needed. Don’t wait until a possible outbreak spreads – give us a call and schedule your service today!

Back To all news & events